Humor and History: You Can’t Make This Stuff Up! 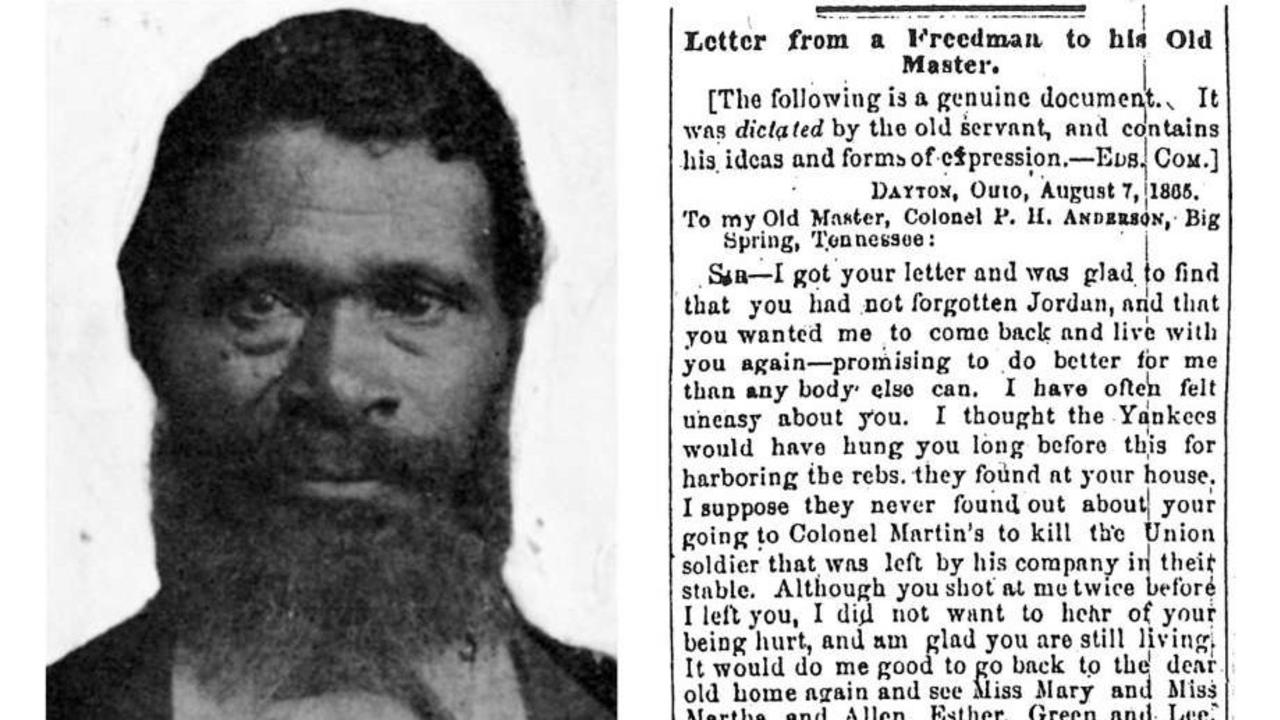 If I had to list the top ten questions people ask me, “Where do you find all these funny stories?” would have to be near the top. The ability to identify and enjoy humor is one of the most important skills to develop for people who want to manage their chronic disease more effectively. Luckily, it’s pretty easy to find the funny – especially if you’re willing to take the first step and commit to the search!

Being deliberate about upping the humor quotient in your life sounds counterintuitive, but don’t sweat it.  This isn’t one of those ‘delicious, healthy desserts!” type of things. You can truly enjoy the search for humor – even when you’re deadly serious about it.

History has a long reputation as a source of inspiration and wisdom.  What many people don’t know is that history has some really funny stories of its own to tell. For many years, we’ve been hearing about the tale of Jourdan Anderson, a former slave who dictated an eloquent letter to his former master, who wanted him to return to the plantation after the war.

Here’s the letter, in case you haven’t seen it before:

Sir: I got your letter, and was glad to find that you had not forgotten Jourdon, and that you wanted me to come back and live with you again, promising to do better for me than anybody else can. I have often felt uneasy about you. I thought the Yankees would have hung you long before this, for harboring Rebs they found at your house. I suppose they never heard about your going to Colonel Martin’s to kill the Union soldier that was left by his company in their stable. Although you shot at me twice before I left you, I did not want to hear of your being hurt, and am glad you are still living. It would do me good to go back to the dear old home again, and see Miss Mary and Miss Martha and Allen, Esther, Green, and Lee. Give my love to them all, and tell them I hope we will meet in the better world, if not in this. I would have gone back to see you all when I was working in the Nashville Hospital, but one of the neighbors told me that Henry intended to shoot me if he ever got a chance.

I want to know particularly what the good chance is you propose to give me. I am doing tolerably well here. I get twenty-five dollars a month, with victuals and clothing; have a comfortable home for Mandy – the folks call her Mrs. Anderson – and the children – Milly, Jane, and Grundy – go to school and are learning well. The teacher says Grundy has a head for a preacher. They go to Sunday school, and Mandy and me attend church regularly. We are kindly treated. Sometimes we overhear others saying, “Them colored people were slaves” down in Tennessee. The children feel hurt when they hear such remarks; but I tell them it was no disgrace in Tennessee to belong to Colonel Anderson. Many darkeys would have been proud, as I used to be, to call you master. Now if you will write and say what wages you will give me, I will be better able to decide whether it would be to my advantage to move back again.
As to my freedom, which you say I can have, there is nothing to be gained on that score, as I got my free papers in 1864 from the Provost-Marshal-General of the Department of Nashville. Mandy says she would be afraid to go back without some proof that you were disposed to treat us justly and kindly; and we have concluded to test your sincerity by asking you to send us our wages for the time we served you. This will make us forget and forgive old scores, and rely on your justice and friendship in the future. I served you faithfully for thirty-two years, and Mandy twenty years. At twenty-five dollars a month for me, and two dollars a week for Mandy, our earnings would amount to eleven thousand six hundred and eighty dollars. Add to this the interest for the time our wages have been kept back, and deduct what you paid for our clothing, and three doctor’s visits to me, and pulling a tooth for Mandy, and the balance will show what we are in justice entitled to.Please send the money by Adams’s Express, in care of V. Winters, Esq., Dayton, Ohio. If you fail to pay us for faithful labors in the past, we can have little faith in your promises in the future. We trust the good Maker has opened your eyes to the wrongs which you and your fathers have done to me and my fathers, in making us toil for you for generations without recompense. Here I draw my wages every Saturday night; but in Tennessee there was never any pay-day for the negroes any more than for the horses and cows. Surely there will be a day of reckoning for those who defraud the laborer of his hire.

In answering this letter, please state if there would be any safety for my Milly and Jane, who are now grown up, and both good-looking girls. You know how it was with poor Matilda and Catherine. I would rather stay here and starve – and die, if it come to that – than have my girls brought to shame by the violence and wickedness of their young masters. You will also please state if there has been any schools opened for the colored children in your neighborhood. The great desire of my life now is to give my children an education, and have them form virtuous habits.

Say howdy to George Carter, and thank him for taking the pistol from you when you were shooting at me.

From your old servant,

There are some bitterly funny moments in there, including the bit where Jourdan inquired about the wages he and his wife were due; the sums he named here were well beyond the reach of his former master, and there’s a sense that this is obviously well known to all. Thanking George Carter for taking away the pistol at a critical moment is finely wrought sarcasm.

For many years, people thought this letter could potentially be fraudulent or exaggerated, created to support the abolitionist movement.  Then as now,  humor has a powerful role in shaping public opinion about political issues.  (Back then? Newspapers mattered.  Today, we’ve got Jon Stewart and Stephen Colbert, among others, filling this role.)

Armed with this knowledge, the letter becomes a little less funny – one still laughs, but there’s a sense of being manipulated which just doesn’t work as well as it might. That’s why I’m thrilled to report that researchers have found the letter to be genuine.  We don’t have to make this stuff up.  Life really is funny.  Seek, and ye shall find.

What are your favorite funny moments from history? This week, I’ll be sharing some of my favorite stories – and I’d love to hear yours!