humor for your health humor is power laughter Jun 08, 2014 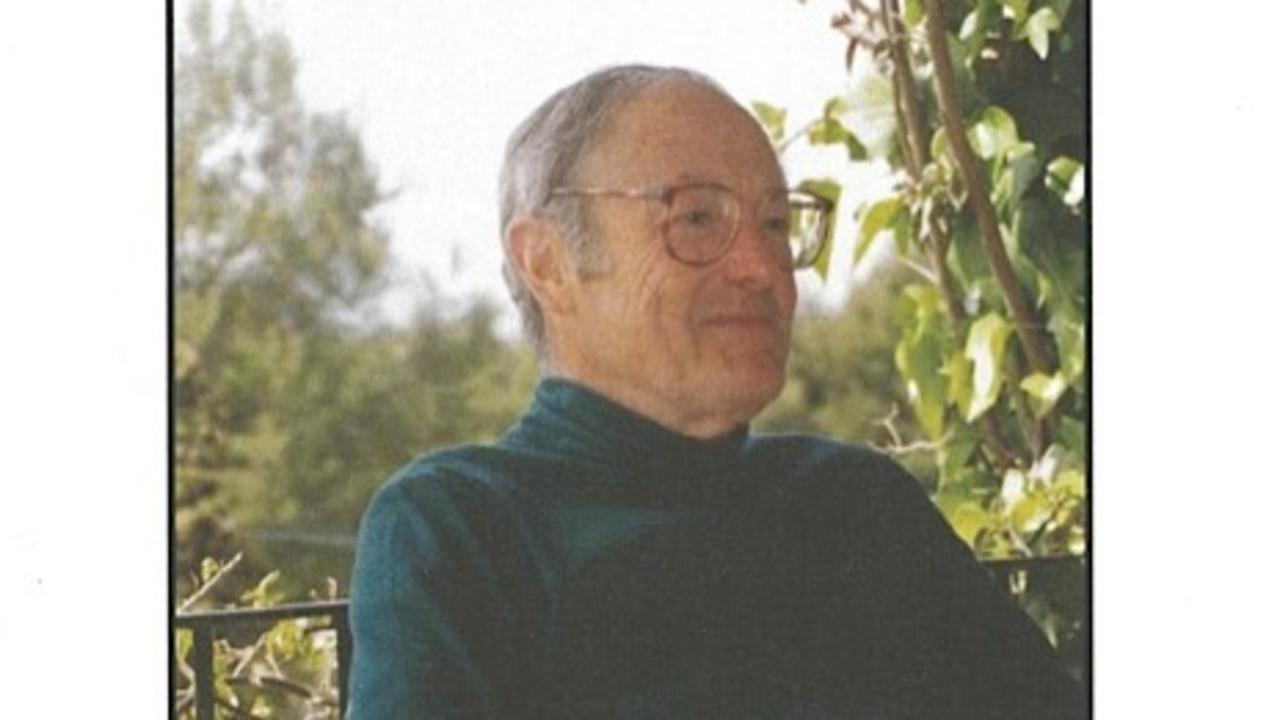 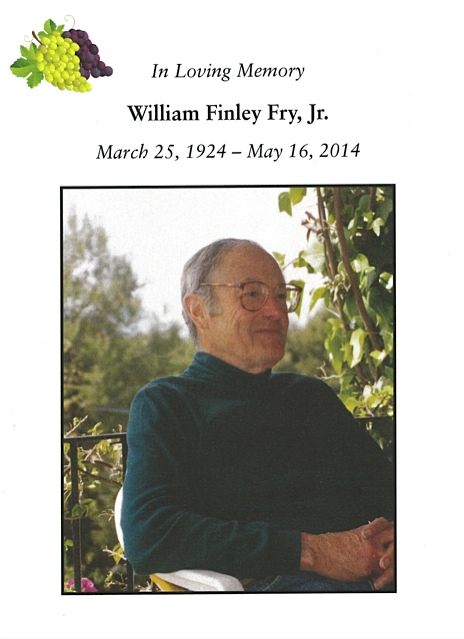 How do you say goodbye to someone who has not only touched your life, but touched the world? When I saw the return address on the envelope in my mail this morning, I immediately knew. It’s been over a year since I’ve heard from William (Bill) or (daughter) Susan. But July is not the time they’d be sending a Christmas card. I intuitively knew that Susan was writing to tell me that her dad (my friend and colleague) had passed away.

My mind was immediately flooded with selfish memories—and guilt. I’d visited Bill about a year ago, and I had planned to go again this spring. But I was busy. Too busy to go see someone who meant the world to me.

The world knows William Fry as a renowned psychoneuroimmunologist who was a pioneer in the field of applied and therapeutic humor. His scientific studies on humor and laughter are too numerous to mention here. But his thirst for knowledge, his dedication to science, and his love of humor led him to be one of the most widely recognized experts in the field. One of his most treasured awards was the Lifetime Achievement Award from the Association for Applied and Therapeutic Humor.

But if you are not one of the fortunate to have known Bill—the father, the husband, the grandfather, the colleague, the friend—then please read on. Bill was married for sixty years to the love of his life, Betty, who passed away a few years ago. And he leaves behind three children: Peter, Stephen, and Susan, as well as six grand children. Bill traveled the world and made friends everywhere he went. Most of us knew of his plethora of writings on humor and laughter, but he also wrote on a broad range of topics—from children’s stories and poetry to string theory! 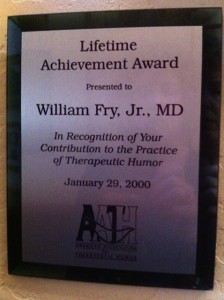 I smile remembering our last visit: he was kind enough to put me up at his home. Despite the fact that he was pushing ninety, he scampered up and down the steps of his three-level house like a 10 year old. And while his body was bent and showing the signs of his years, his eyes twinkled and his wit was a sharp as a scalpel.

We spent hours as he proudly showed me his extensive library; its shelves extended so high that you needed a ladder to reach the top levels; and the books reflected his broad range of interests and expertise. I also learned that Bill’s daughter Susan is a chip off the ol’ DNA block!

On New Year’s Day this year I was hit with the flu (no, not a “Bar Flu”) and Bill had called to wish me “Happy New Year!” I didn’t whine, but I did tell him that I was under the weather. Well, two days later a small box showed up with his return address with a bottle of aspirin and a bottle of Pepto-Bismol, and a card with no name, just a smiley face. Despite the fact that I still felt lousy, I couldn’t help but laugh out loud.

How do you say goodbye to someone who has touched your life so significantly? We can’t tell them all the things we wish we’d said before they died. Years ago, my friend and colleague, Hope Mihalap, encouraged me to practice living eulogies. “Don’t wait until after someone has died to let them know how much they mean to you. Tell them all the good stuff before they die.”

I feel grateful that I had let Bill know how much he meant to me last time we spoke. But I am even more motivated to tell those who are still with me how much they mean to me. How could any of us be too busy to do that?

To all of you (and you know who you are) who are still reading this far—thanks for being part of my life. And to Bill…I miss you and will continue to share your good works and your laughter with the world.

In love and laughter,